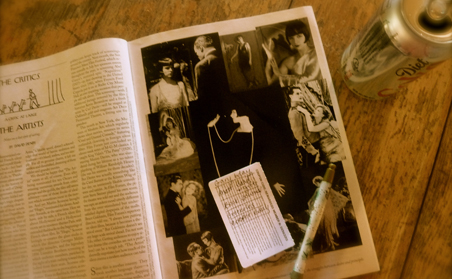 Aren't friends life savers? I met with one of my dearest this morning for "coffee" (actually we both opted for a refreshing Diet Coke) and we compared notes on our summers. Mine's felt random and discombobulated so far and I'm feeling some strange things lately: attention-deficit, disorganized, forgetful, generally unenthusiastic, and always tripping through my days only to discover each evening that I haven't accomplished much of the stuff I'd hoped I would.  Imagine my surprise to find that she's feeling the same things! We compared notes, blamed hormones, and both felt better when we left (there's nothing as satisfying as knowing your not alone).

After we parted my day returned to my new normal – disorganized (a quick errand turned into a fiasco), I forgot to get some key items at the grocery store, my brain feels fuzzy, and now it's after 5 p.m. and I have barely a thing to show for my day. But now I can just think of my girlfriend across town and know that she's probably having that kind of day too and I feel a little better, or at least I smile with one side of my mouth. And hopefully, if things aren't going so great at her house either, she'll find a little solace in thinking of me.