Party til you drop


{or How I survived yet another kid birthday party} 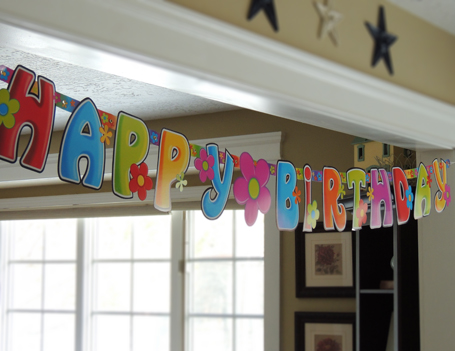 okay, here it goes . . .
Large groups of children scare me.

Don't get me wrong or think me evil. I love children, positively adore them — individually, or in groups of two. I'm just one of those people who should not be a teacher or acitivity leader of groups of children. If I had been Fraulein Maria, the Von Trapp children would've completely run me over like a freight train and served me up in pieces on a plate.

When my girls were little, in Preschool and early grade school, I volunteered in their classrooms quite often. I did it because I thought it was a good thing to do. I thought it might make a difference — like they'd be better people in the end because of my dedication. Or maybe my presence would lighten the teacher's load so she could do her job more perfectly. I also thought the teachers would like me and think me a nice person, and I enjoy having people like me. Ultimately I have no idea what effect it really had on any of that stuff. But I do know that the teachers probably thought I was about the worst "helper" of anyone they'd ever met. I was a nervous wreck. And I was really bad at it. I bet they actually dreaded the days I came to help. "Oh crap, Jenny's helping today. Maybe I can put her to work tacking something to a bulletin board or filing papers today."

Ask me to lead three-year-olds in a craft project involving paint and glitter? They'd end the day with paint all over their high-end clothing and glitter in their ears. Plus most of the projects won't turn out at all like the teacher was hoping they would. (true story)

Ask me to take a group of 3rd-graders into the hall and help them with a math worksheet? They will end up running amok in the hallway (while I'm softly calling "Oh dear. Okay kids, let's come back and work on this paper, okay?"), talking too loudly, not cooperating or working on their papers AT ALL. I think their math skills will actually revert a little bit. (also a true story)

Give me a birthday party of 5-year-olds and I will seize up. All those little faces staring at me, waiting for the next activity, the next snack . . . I'll barely pull it off, then crawl up to bed for a long nap once it's all over.

Give me older kids, say a gaggle of wild 12-year-olds and things are a bit better. I don't have to plan activities, but there is the stress of "enough food" "fun music" "cool activities." The last thing I want is a bunch of tween girls (who are by now mostly my size!) thinking the party is "lame."

In the end Kate's party went swimmingly. Thirteen girls ate a ton of pizza, cupcakes, chips, and soda. They threw a huge dance party in the basement. They opened gifts. They wrestled and screamed and giggled. They planned sleeping arrangements, watched a movie and finally, around 2 a.m., they slept. They woke up before the sun (why? no idea) and ate scrambled eggs and 3 dozen cinnamon rolls.

And then, it was over. I was glad. Not just because it was over, but because Kate had a really great time. And that fact made it all worthwhile.

Later in the day I took a two hour nap (also a true story).
Posted by Jenny