Vacationing with the Fam 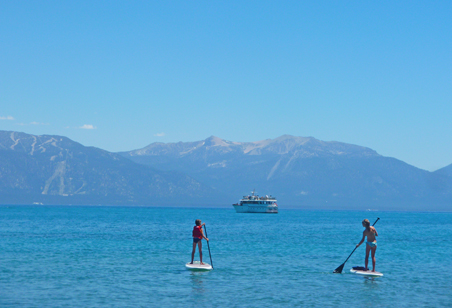 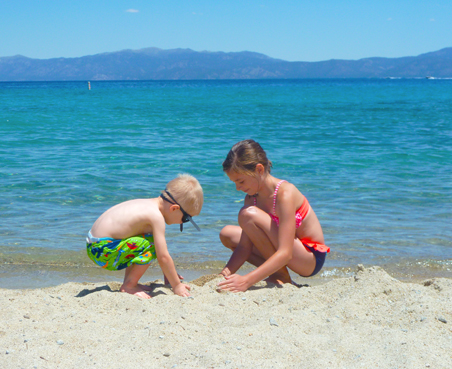 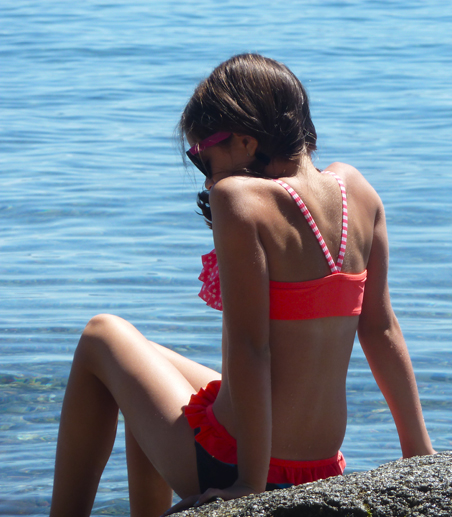 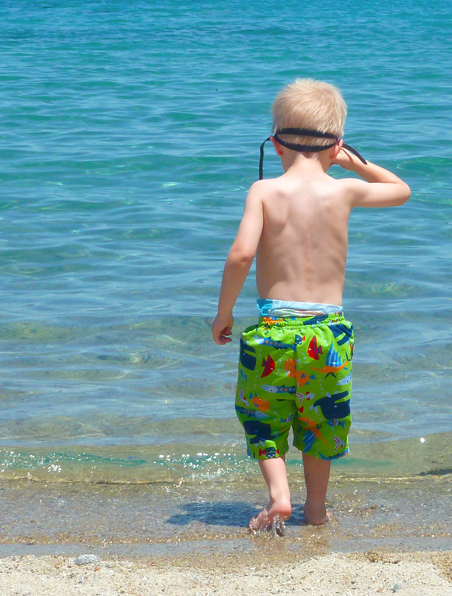 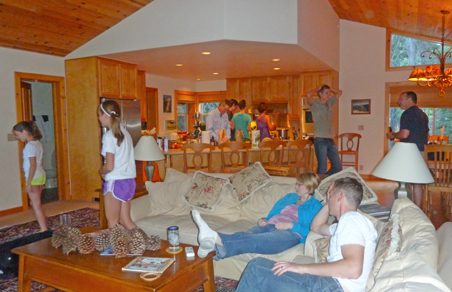 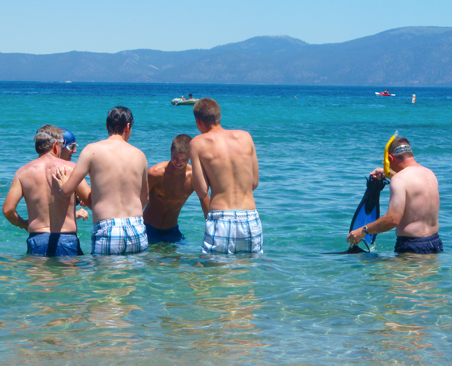 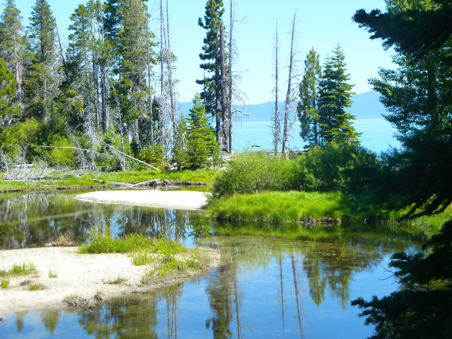 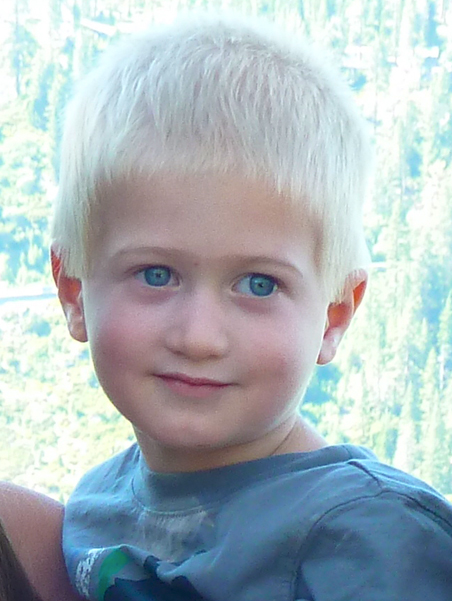 See that sweet little face? That's my nephew, Cooper. He's three-years-old and he's such a dear thing. His father Daniel (my brother) was born on a hot August day when I was 10-years-old. I used to carry him around on my hip when he was little. He looked JUST like Cooper looks now. It's like seeing my brother all little again. So sweet.

What a fun week we had in Tahoe, catching up with family. My father and his wife rented a large house within walking distance from a beautiful little beach. In attendance were three of my four brothers, two sisters-in-law (each carrying a future niece/nephew in utero!), my nephew Cooper (age 3), two step-brothers and my step-sister. Missing: one of my brothers and his wife, and my sister. What a group, huh?

My daughters were in heaven. Cooper had been looking forward to "cousin time" and followed the girls around like a loyal groupie.

We all swarmed the kitchen to make meals and lounged in the deck to chat. Some played guitars and sang. Some went on long walks together. We played family games. We laughed so hard one night I almost peed my pants. We swam in the lake (cold!) and biked along the Truckee River. We rented kayaks and paddle boards. The lake was so clear you could see boulders below you (75-foot visibility, I think). We stayed up too late. We celebrated a couple birthdays. It hovered around 85 degrees every day and cooled at night. There was a hammock and a hot tub and lots of bats flew over the house every evening.